On the first and third Friday of the month Kenny Wessel and Marc Mommaas will host a concert series pro-bono as a benefit series for NYJW. The first concert will feature the hosts in a duo format. The dates following will include special guests. There will be a little talk and one set of music, we play live in front of a live audience and it is reservations only, no walk-ins. Optional is to witness the concert livestream. The minimum contribution is $20, be inspired and at the same time support the cause. 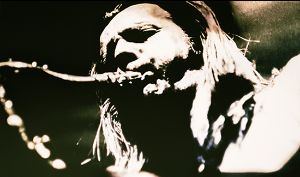 Friday, JANUARY 24 at 8pm
House Warming Party + Faculty Concert
Come share a toast at our new location, enjoy a faculty concert by Marc Mommaas/Kenny Wessel/Jay Anderson, and meet and mingle with other musicians.

Friday, JANUARY 31st at 8pm
Italian Workshop Presentation + Jam Session
If you have already booked, or are thinking about booking your trip to the Jazz Improvisation Workshop in Italy on June 7-13, come and see a special presentation of the program at 8pm.
Jam Sessions will be held every last FRIDAY of the month. Start time is 9pm conducted  by
Dave Ambrosio.
Bring your instrument and be ready to get into the music! 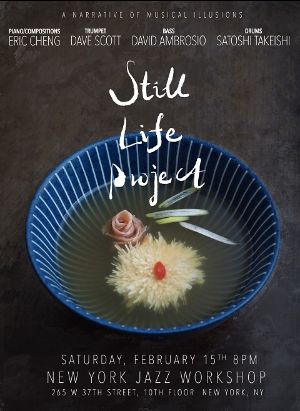 Friday, FEBRUARY 28th, at 9pm
Jam Session
Led by Dave Ambrosio. Bring your instrument and be ready to get into the music! 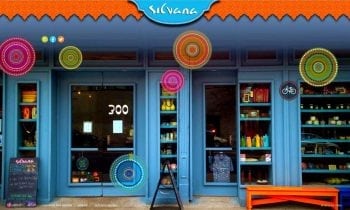 December  2017 , April and June 2018:
20 workshops performing for a whole weekend at the Silvana
in Harlem. 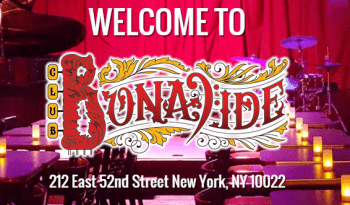 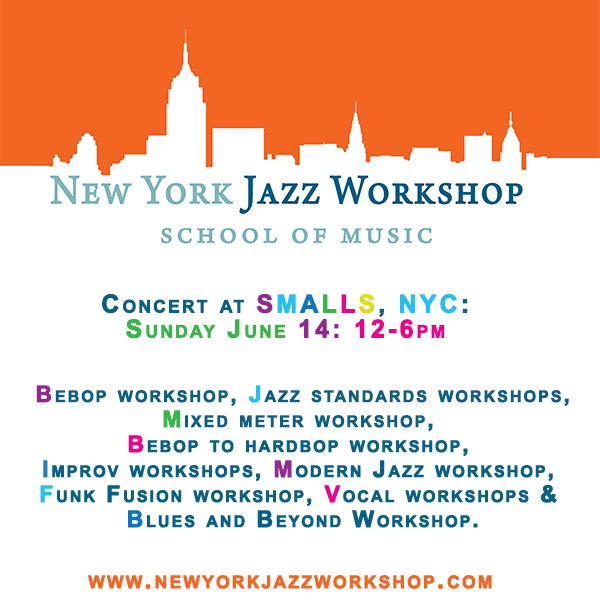 Smalls, NYC:
The students of the New York Jazz Workshop will participate in this semiannual event and perform the tunes that they have been working on with their respective workshops. The Next Performance at Smalls for our student’s is scheduled for December 14, 2014 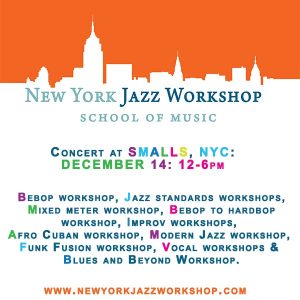 Jazz at the Lexington

Every Tuesday , Wednesday, Thursday, Friday and Saturday from 6 to 8pm in the lobby of the Lexington Hotel, live student’s and faculty concerts. 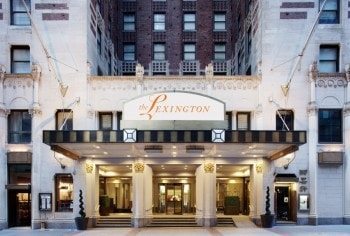 The students of the New York Jazz Workshop have been selected to play in a series of events and live concerts at the newly renovated “Lexington.” Join us for  drinks and great music every day from Mon day to Saturday from 6:00pm to 8:00pm 511 Lexington Avenue @ 48th Street.

The themes for the various evenings include:
The Great American Songbook revisited
A little Cole Porter with your martini? NYJW faculty members and seasoned students will perform the classic repertoire of the American song book, with a twist. Re-harmonization and new treatments of classic tunes will bring a whole new perspective to the tunes that made jazz famous around the word.

Modern Jazz Night
From the late ‘60s to the ‘80s, musicians such as Miles Davis, Wayne Shorter, Herbie Hancock, Chick Corea and Pat Metheny dominated the jazz world with their innovative styles and musical ideas.

The students of our two Vocal workshops led by Fay Victor and Olivia Foschi have been taped for a BBC show about songs of freedom and will take a close look at  Billy Taylor’s “I wish I knew how it would feel to be free” made famous by Nina Simone.

BBC World has an audience of 250 million around the globe on tv, online, on the radio. The show was heard on a host of NPR affiliated radio stations across America. For a copy of the show click here our students start talking 17 minutes into the show.