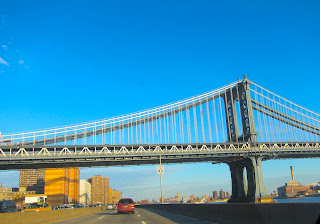 Last night at the Jazz Vocal Workshop we ended up Crossing the Free Improvisation Bridge. What I mean by this, is that we took part in a free improvisation exercise that turned out to be not only lots of fun, but inspirational for the vocalists. This was thee first time since we started the sessions back in January that I approached them with what free improvisation was and got feedback about what that term means to them. The chat was informative of the fear vocalists can have to step out of the box.

One thing I wanted to impart to the vocalist is that I teach/integrate free improvisation into my teaching not because I love to do it myself – which I do – but because its empowering to learn for oneself the ability to make music on your own. That you can respond to what you hear in musical terms. They all got this idea and we went on to the exercise of first doing a group improv all together and then I had each vocalist pick a portion of the lyrics in their song to improvise with. Having a blast with this idea of using lyrics as a device and detaching it from the melody. This opened up new vistas for them and they said so!
Later on when the vocalists sang their songs, clearly it was a different and looser feel to their performances and I could hear another layer of depth seeping into their interpretations. Another wonderful and satisfying session.
We’re taking a break as I hit the road but back up and running on March 29th, 2012! Sign up…
in Music,
Fay