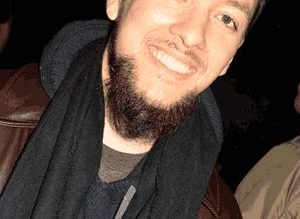 Topics:
Harmony, learning tunes, technique, styles, Improvisation.
Will teach beginners and musicians that play piano as their second instrument. Mr. Austria has a low pressure approach in his teaching, perfect for the beginner.

John Austria is a jazz pianist who has been performing and teaching professionally in New York City for over ten years. He performs regularly with the Sonny Simmons Quintet, Michael Marcus Quintet, and Makane Kouyate’s West African/Jazz fusion ensemble “Denbaya”. John also runs a weekly jam session at “Boom” restaurant in Soho. He has been teaching with the New York Jazz Workshop for over a year now, and has also taught at the non-profit music school Upbeat NYC for several years.

Born and raised in NYC, John had the good fortune to learn jazz as it has been passed down from generation to generation in an oral tradition. Studying under the mentorship of the great jazz pianist Mike Longo, John absorbed the musical knowledge Mike had learned playing with musicians such as Cannonball Adderley, Roy Eldridge, Paul Chambers, and Dizzy Gillespie (in whose band Longo was the pianist and musical director for over 15 years). Alongside his studies with Longo, John also performed with the semi-professional Laguardia High School Big Band, under the direction of Bob Stewart. Stewart, one of the great tuba players in jazz history, passed on his years of experience playing with Charles Mingus, Gil Evans, David Murray, Taj Mahal, and Freddie Hubbard, among many others. In this ensemble, John performed with Branford Marsalis, Roy Hargrove, Gary Smulyan, Ray Barretto, Wynton Marsalis, and Randy Brecker. John received his Bachelor’s degree in music from The City College of New York, with a focus in music theory. As a teacher, John focuses on cultivating each student’s unique musical voice, while passing on the oral traditions of the great jazz masters.