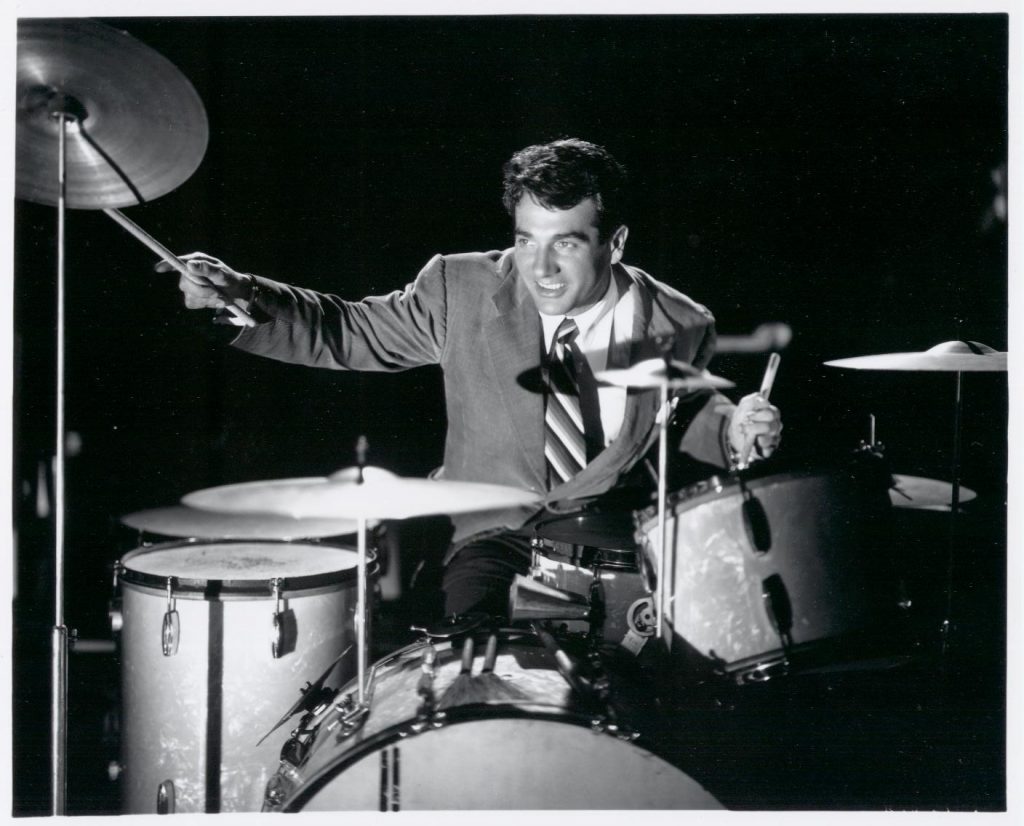 Gene Krupa with his drive and showmanship made him a favorite of many listeners. His work on Benny Goodman’s “Sing Sing Sing” from 1934 is iconic. Krupa was also an innovator in drum gear, and these innovations affected drummers in all styles afterwards, through the development of the China crash (swish) cymbal. Krupa was born in Chicago in 1909. He started off playing saxophone but later switched to drums, and like Benny Goodman became a professional musician. Going out on the road against his mother’s wishes, who preferred he’d become a priest, Krupa’s first recordings were made in 1927.

His first recordings were made under the Chicagoans, with another iconic early Jazz figure Eddie Condon. Krupa’s innovations for these sides were the use of a bass drum and toms toms, whereas earlier Jazz recordings, due to the purely acoustic direct to disc nature of the technology, only woodblocks could be used. Krupa and Condon were to be a part of the vocalist Bee Palmer’s band but the gig did not work out as planned, so Krupa took a variety of other jobs. The association with Benny Goodman lasted from 1934-1938, just before the Carnegie Hall concert, the two had a disagreement leading to Krupa’s exit. Krupa formed his own group, when trumpeter Roy Eldridge and singer Anita O’Day joined, they enjoyed the success of the massive smash “Let Me Off Uptown”.

Krupa’s troubles with the law forced the group to disband, Krupa rejoined Goodman, and shortly thereafter joined Tommy Dorsey’s band for an engagement, and Krupa formed another band. He made a series of albums for Verve in the early 50’s among them, “Krupa and Rich” and “Gene Krupa and Buddy Rich: Battle at JATP” and an LP of baritone saxophonist Gerry Mulligan’s music. Krupa flirted with bebop, and similar to Art Blakey gave young musicians a chance, while a 1960 heart attack forced Krupa into retirement. He returned in the 70’s rejoining Goodman , before passing away from leukemia in 1973.