Manifesto Of A Bad Hombre: Antonio Sanchez In Conversation with CJ Shearn 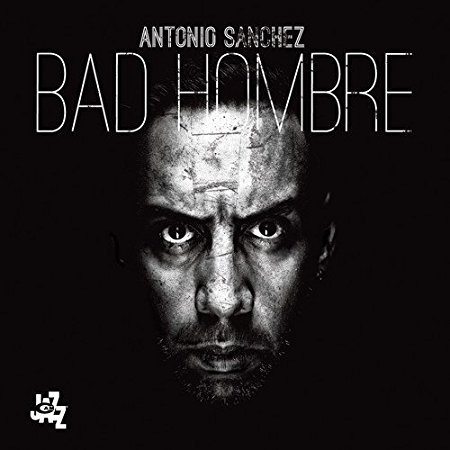 Welcome to the latest edition of the New York Jazz Workshop podcast ladies and gentleman, I’m your host CJ Shearn. I am very pleased to present to you today an interview I conducted with 5 time Grammy winner and Golden Globe nominee, drummer Antonio Sanchez. Since his arrival on the scene in 1997 with pianist Danilo Perez, and his ongoing 15 plus year association with guitarist, Sanchez has been one of the most original and identifiable drummers in many years. His new album Bad Hombre out September 29th on the CamJazz label, following 2015’s ambitious Meridian Suite is unlike anything he’s ever done, exploring new sonic textures with solo drums and electronics to make a political statement as much as a musical one. The album follows in the tradition of politically themed jazz classics such as Sonny Rollins The Freedom Suite (Riverside, 1958), Max Roach’s We Insist! (Candid 1960), and more recent fare such as Organ Monk’s The Breathe Suite (Self produced, 2017) and Terence Blanchard’s Breathless (Blue Note, 2015).

A proud Mexican-American who became a citizen at the tail end of president Barack Obama’s term, Sanchez is unflinchingly passionate about his views regarding the election of president Donald Trump in 2016 that has changed the very fabric of this nation. In order to convey the very candid nature of our conversation about not only the album but society, it’s content is presented unedited. I’d like to thank Antonio Sanchez for making time during a very busy schedule, and remember that this podcast is just part of what the New York Jazz Workshop does to expand the scope of jazz education in the New York area. From classes in a variety of disciplines by a world class faculty there is always something happening at the New York Jazz Workshop