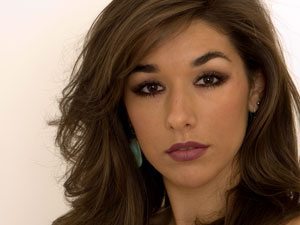 Vocalist Thana Alexa’s debut album Ode To Heroes (Harmonia Mundi/Jazz Village 2015) has her referred to as “a rising star on the jazz vocal scene”. The album showcases a talent as adept in a traditional vocal setting as she is using her voice to trade solos with horns,plus  she is a gifted composer.  She won the 2011 Jazzon Alpe- Andria International Competition for the title track, and her piece “Siena” was runner up for the best jazz composition award by PORIN, the Croatian music academy, which  is that country’s Grammy award.  I spoke with the singer about her new album, the musicians on it, and jazz education.  I would like to thank Thana Alexa for donating her time during a very busy schedule. Enjoy and keep swinging!