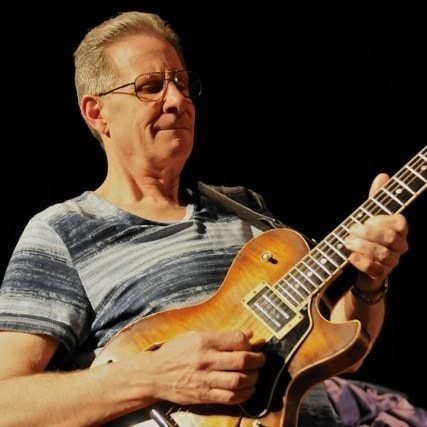 Vic Juris has been one of the top guitarists on the scene for decades. Truly a guitarists’ guitarist, he paid his dues playing with such notables as saxophonist Dave Liebman, and organist Don Patterson. Juris was born in Jersey City, NJ, and for Christmas in 1964 he got his first electric guitar, he honed hi craft playing in Jimi Hendrix and Cream cover bands. In 1975 he appeared on saxophonist Eric Kloss’ Bodies of Warmth (Muse) in addition to a few albums by Richie Cole, and Don Patterson’s Movin’ Up (Muse, 1977). His jazz funk inflected Horizon Drive (Muse, 1980) is known in crate digging communities for DJ Premier sampling the title track. For the past several years Juris’ most well known association has been with Dave Liebman, and recorded a string of exceptional releases under his own name. Additionally, he serves as a faculty member of the New York Jazz Workshop.