What are the elements of Jazz? 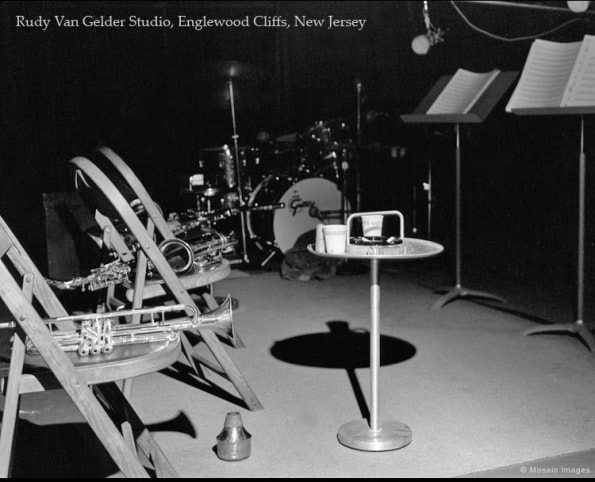 What are the elements of Jazz? Jazz is a music with many different elements, and styles. As previously discussed in What Makes Jazz Different from Other Music? the form retains it’s essential character no matter what influences it absorbs. Some of the earliest examples of Jazz can found in the music of James Reese Europe who adapted marching band and European classical, adding spice by the addition of syncopation. Other early examples of the genesis of Jazz. However, the first Jazz recording was not made until 1917, “Dixieland Jazz Band One Step”, by the Original Dixieland Jazz Band, a group of white musicians. The groups attempted to approximate the feeling of music from artists such as King Oliver, but by the time the first recordings of Louis Armstrong appeared, the difference between what people thought Jazz sounded like vs. authentic playing from Armstrong and other New Orleans musicians was stunning.

The above paragraph is just a brief summation of the music’s beginnings. It is now time to turn attention to the elements of Jazz. The key elements of Jazz include: blues, syncopation, swing and creative freedom. Improvisation in music is not new, as there are traditions of improvisation in India, Africa, and Asia. Beethoven, Mozart and Bach all improvised, as well, but Jazz improvisation is special due to the use of the blues scale. The blues scale has a universal appeal that reaches the core of emotional satisfaction.

Syncopation prevents music from getting boring. It is the very thing that can catch the listener by surprise, and it is a vital element of Jazz. Jazz musicians will vary their phrases by not playing the same note durations repeatedly, otherwise the rhythm can get rather stale. Another way to consider syncopation places emphasis on strong and weak beats. For advanced musician and particularly drummers, check out Ralph Peterson in this clip.

From syncopation, we go to swing. Swing is often a subjective quality to fans of different types of Jazz, but it is the feeling that gives forward momentum to a performance. The feeling of swing is created by a swung eighth note. Eighth notes by themselves are worth half a beat, think of the rhythm in which water drips when it’s moderately fast, that is a straight eighth note. A swing eighth note comes in the form of a group of three notes, called triplets. The first eighth note in the pair is slightly longer than last two, so what ends up occuring is a rhythmic feel that is a short-long sequence, that many Jazz musicians often refer to as “spang-a-lang”. The pattern can be broken down as Long-short-long, and for example, Jazz drummers will vary this pattern on the ride cymbal by not always swinging on the first eighth note but add different emphasis to the second or third, further adding syncopation. Drummer Billy Higgins for example liked to swing on the third triplet, creating a laid back swing. If much of this seems too challenging, a simple way of thinking about swing, is a laid back quality which pushes behind the rhythm. Another important variation of the swing rhythmic feel is the shuffle, a trademark of Art Blakey.

Since the 1940’s Jazz has been a marginalized music with fringe popularity. Swing, the popular music of the day was readily accessible with it’s strong rhythms, strong melodies and and melodic improvisation. When the Bebop revolution came, musicians stretched the boundaries of harmony, the function of time keeping, courtesy of innovators such as Kenny Clarke and Max Roach, was moved from the high hat and bass drum to the ride cymbals. This change allowed drummers to freely improvise and interact with the ensemble, thus making the highly syncopated rhythms less danceable. The melodies could be short, and angular with the focus on improvisation. Later movements in Jazz, sought to bring back Jazz to the people, such as Hard bop, with it’s gospel and R&B influences, and it’s cousin Soul Jazz with an even heavier emphasis on the blues,R&B and soul music. Jazz musicians are jacks of all trades in their craft. The detailed musical knowledge of Jazz musicians has allowed them to be hired for rock, pop, R&B sessions and everything in between, which makes the Jazz musician truly unique.