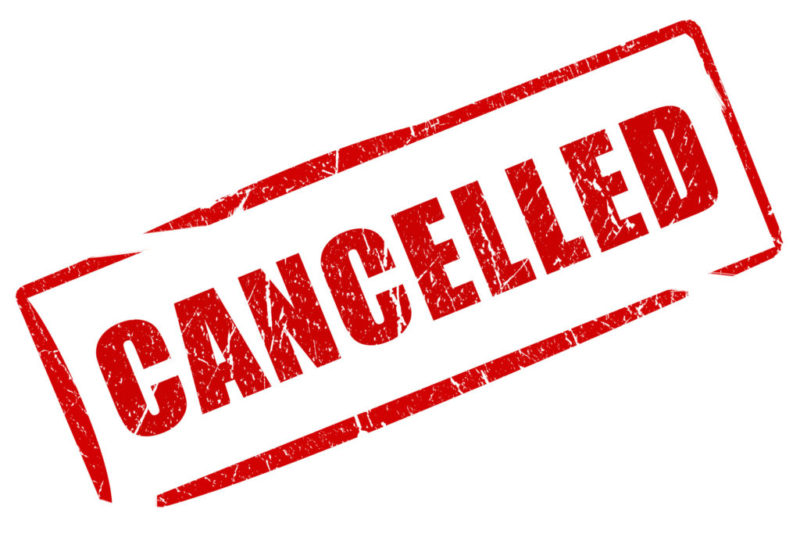 Cancel culture can be seen in jazz, though it is not quite as prevalent as it is in other genres of music, it does exist.

Cancel culture is something that has taken root in social media circles, and is quite popular among millennials and Generation  Z, the liberal sphere of politics, where conservatives use every bit of anti-liberal backlash as “I told you so”. Evan Gerstmann, the senior editor for Forbes opined that cancel culture is used to punish those who are powerful people.  The psychologist Jordan Peterson has argued that cancel culture is a manifestation of the female bullying tactic of reputation damaging, but it can’t be viewed as a women centric pasttime because everyone does it, and the point of this piece is to not necessarily take a side, but to note  that it exists, and offer a possible solution.  There are four examples of cancel culture in jazz that come to mind.  The three artists Getz, Davis and Glasper are exceptions, though Davis and Getz have been long deceased, so in a sense, the post mortem cancellation is unfair.

The first example is from 9 years ago, when New York saxophonist Alex Hoffman made a public rant on Facebook criticizing legendary saxophonist Wayne Shorter.  Jealousy is something that is quite thick in the rather insular community, and Hoffman made his dislike of Shorter’s writing, and seemingly “incorrect” way of using functional harmony known.  He also attacked Shorter’s personal character.  In 9 years, it’s possible Hoffman’s views may have changed, and he argued that the rant was supposed to be something shared only amongst his close friends, but needless to say it went public in a huge way.  The internet has an uncanny way of regurgitating people’s pasts, and this is one of them.  Hoffman is a traditionalist, preferring to stay in the swing and bebop based styles of the genre, but it’s the vitriolic way he did it that caused him to be canceled.  This piece occasionally cycles back around.  Hoffman’s dislike of Shorter’s music stems from the fact it goes against his own personal view of what music is structurally, and several colleagues of his as the door opened followed for such an opinion gave their own disses of Shorter.  Several musicians followed up with response videos to his frankly misguided opinion, and Hoffman’s gigs at a variety of places lessened.

The next  examples are  three that deal with women and well known male jazz musicians, and the resulting media backlash.  In 2017, Ethan Iverson, oft mentioned on this blog, the great jazz pianist and critic, did an interview on his Do The Math blog with Robert Glasper.  In the interview, Glasper made an ill informed quip about how women view jazz:  He stated

Robert Glasper: I’ve had people tell me about your music. Like women you would think never listen to jazz: Young, fine, Euro chicks ask me, “I heard this band, the Bad Plus, do you know them?”

Ethan Iverson: I guess that’s one of the reasons to play, really.

RG: Yeah, it’s awesome, something is there in your music that gives them entrance to jazz, otherwise they’d never cross paths with it. Now, I love playing a groove. Derrick Hodge, Chris Dave, and me: we’d used to sit and play a groove for hours. At rehearsals, soundchecks, or at my house. For hours we’d play a groove, and be fine with it. I don’t have to solo. I genuinely find joy in just playing as groove.

EI: Herbie can do that too. He doesn’t need to solo.

RG: Totally. And I’ve seen what that does to the audience, playing that groove. I love making the audience feel that way. Getting back to women: women love that. They don’t love a whole lot of soloing. When you hit that one groove and stay there, it’s like musical clitoris. You’re there, you stay on that groove, and the women’s eyes close and they start to sway, going into a trance.

Or to be less sexual, sometimes I say I’m providing a house and you can provide the furniture. It’s a soundtrack, there’s space, and the audience put their own thoughts to it.

Now, breaking down this example.  Glasper oversimplified the reaction women have to jazz…  He places all women in a box, which  goes without saying does not represent all women, and does a great disservice to some of the women playing the music right now: Chien Chien Lu, Terri Lyne Carrington, Wen-Ting Wu, Thana Alexa, Camila Meza, Roxy Coss, Connie Han, Brandee Younger, Camille Thurman, Dena DeRose, Shiela Jordan, Melissa Aldana, Allison Miller, Noriko Ueda, among others.  His example also grossly misrepresents women who listen to jazz, have album collections and drop serious knowledge, we do exist. Aside from that digression, after this article surfaced controversy erupted, and Glasper was canceled briefly.  Iverson who does not condone misogyny was taken to task in a  powerful piece written by vibraphonist Sasha Berliner during her student days at the New School.  Glasper made misogynistic comments before allegedly so this was not the first time.  Was he truly cancelled though? Not exactly. Black Radio III is charting on streaming services, and he still has a huge fan base that flock to his residency at the Blue Note in NYC each year . Were the remarks tasteless? Of course.  The choice rather than cancel, separate the artist from the music, get the real story from them, (impossible with public pressure) or just ignore the music, even if in the next cases they are historical figures.  Ignoring historical figures represents a quandary: With today’s cancel culture it seems like the goal is to rewrite history, because something is uncomfortable, in despite of the facts, bad or good.  The jazz world is a microcosm of how petty some cancel culture can be.  Were Glasper’s remarks warranted? No, but also in twenty years should he be held accountable, no… unless in the next twenty years he has a proven track record.

In 1964, tenor saxophonist Stan Getz released probably what is his all time classic recording Getz Gilberto.  It is certainly the recording that captured the imagination of mainstream music fans at the height of the bossa nova craze.  “Girl From Ipanema” with one verse by Astrud Gilberto, the wife of Joao Gilberto single handedly launched her career.  Gilberto beloved for her somewhat fragile and upbeat vocal stylings, was not a trained singer and Getz demanded to famed producer Creed Taylor that she not be paid for the session, which today is crass, not to mention idiotic back then.  Getz was a very troubled human being, volatile through substance abuse issues, and well known to have anti immigrant views among other things.  This story while not new to Getz fans, has younger generations wishing to cancel him.  Getz made great music, though as flawed as a human he may have been, his contribution is secured in the history books, you either take the music for what it is, or, just ignore it.

Miles Davis’ penchant for being abusive to women is not condoned.  In the documentary Miles Ahead, Davis’ late wife Frances recounted a well known incident to fans that took place shortly after the cover for 1965’s landmark ESP. Miles had beaten Frances so badly that she had fled for her life.  In the award winning Stanley Nelson directed film, it was the first of it’s kind to present all sides of Davis, with the Davis estate not condoning the behavior, it is what it is.  Davis’ awful behavior toward band mates and others have changed some music fans’ views as if they should listen to his music.  Cancelling him is a personal choice.  Davis’ contribution to the form is more than solidified.  For five decades he ushered in changes to music felt to the present, the choice is , ignore the music, or take the music for what it is.  Cancel culture, the criticism of it, while the culture itself is valid, is despite the deepening awareness in the ensuing decades since these artists’ passing, is to let the music exist as is than to get rid of it.  One can be bothered by the conduct of the artists, but the achievements of these artists should be left as is, just simply ignore it.  If the artist is cancelled, it should not always be a public campaign but a choice.

The New York Jazz Workshop conducts workshops and intensives for musicians of all skill levels in Manhattan, Brooklyn and Europe.