What are the effects of jazz music on the brain? 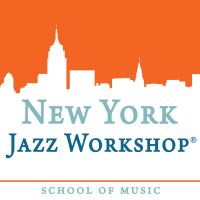 Jazz music’s effects on the brain are vast.  Studies conducted with general listeners in mind showed that listening to the music releases chemicals in the brain that regulate mood.  For musicians the act of creation triggers different areas that enhance creativity by removing inhibitions, integral to the improvisatory process.   As with classical music, jazz can enhance intelligence and performance in various areas.  The goal of improvisation itself challenges jazz musicians in a way that is different from other forms in the sense that with chord progressions, the musician has to know each set of scales that fit within the notes.  Those with advanced harmonic vocabularies like Herbie Hancock, Keith Jarrett, and Michael Brecker know the rules so well, they can break them in favor of adding in notes that otherwise would not fit.  Genius level improvisers such as the late Cecil Taylor and Ornette Coleman know theory so well they are able to create new, highly influential structures.

Dorothy L. Retallack’s study in 1973 at the Colorado Woman’s College in Denver and published in The Sound Of Music and Plants showed  plants played a sound source over the radio during the course of two weeks leaned towards it 15 or 20 degrees.  Retallack conducted  several experiments using Biotronic Control Chambers.  In the first experiment, according to an article About Positive Music by Don Robertson

“For her next experiment, Mrs. Retallack used two chambers (and fresh plants). She placed radios in each chamber. In one chamber, the radio was tuned to a local rock station, and in the other the radio played a station that featured soothing “middle-of-the-road” music. Only three hours of music was played in each chamber. On the fifth day, she began noticing drastic changes. In the chamber with the soothing music, the plants were growing healthily and their stems were starting to bend towards the radio! In the rock chamber, half the plants had small leaves and had grown gangly, while the others were stunted. After two weeks, the plants in the soothing-music chamber were uniform in size, lush and green, and were leaning between 15 and 20 degrees toward the radio. The plants in the rock chamber had grown extremely tall and were drooping, the blooms had faded and the stems were bending away from the radio. On the sixteenth day, all but a few plants in the rock chamber were in the last stages of dying. In the other chamber, the plants were alive, beautiful, and growing abundantly.”  Jazz was also played during the study, and the plants responded favorably.

Jazz has also been found through it’s syncopated nature to bring out theta brain waves,  the brain circuits used for creativity.  Pieces like John Coltrane’s “Blue Train” with it’s rate of 75 BPM have been found to increase relaxation by increasing the alpha waves, where the brain adapts to and matches the rhythm.  Jazz has been found to lessen depression symptoms as well.  Jazz tends to enhance all aspects of brain activity, but after listening, it can tend to copy the improvisational patterns as heard in the music.

A study conducted at Johns Hopkins University monitored the brains of jazz pianists as they improvised.  The conclusions reached  showed sections of the  brain known  to promote creativity reacted accordingly to the emotions that were expressed in the music.  There are different degrees of creativity and the brain isn’t necessarily the same “creativity circuit”  as referred to in this article from the Japan Times which measured the brains of jazz musicians while improvising.

Another aspect of the above study indicated  when the pianists were looking at photographs and improvising based on the mood they felt, the dorsolateral pre frontal cortex (DLPFC) was more active in the creation of more uplifting music versus the creation of sad music.  The DLPFC  shuts down amidst activities where on the fly creativity allows freer ideas to be expressed. When the musicians were playing more melancholic music, their brains’ reward centers were firing more.

In terms of the brains of jazz musicians and creativity, the most remarkable case is that of legendary guitarist Pat Martino.  The guitarist literally relearned the instrument back to the prime form he had prior to surgery for an aneurysm in 1980.  The procedure removed a large piece of his left temporal lobe, and malformed nerves and veins that had caused him issues since childhood.  It was truly astonishing that the guitarist was able to come all the way back after such a debilitating stroke.  After surgery, he moved back into his parents house without memory of who he was, or who they were.  His father decided to play records from earlier in his career in hopes that his son would pick up the guitar strategically placed in the house and somehow remember.  Eventually through listening to his own records Martino was able to return to the guitar at a level prior to the aneurysm.  Though his playing is back at a masterful level  showcasing the resiliency of the brain to reorganize itself,  due to such an essential part of the organ removed, lapses show up in other ways. The guitarist still has difficulty in recalling the names of objects, specific songs and years.  Martino’s unusual journey is a testament to how incredible the brain is at regeneration following such a serious neurological event and compensating through the process of neuroplasticity.  Jazz’s effects on the brain as these examples tease out is a window into how wondrous  it is and how it influences creativity and approaches to every day life.

Why Jazz Is The Most Stimulating Genre of Music, According To Science