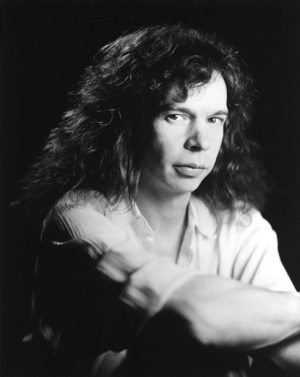 In this blog post, New York Jazz Workshop’s CJ Shearn offers a personal, heartfelt statement on the brilliant pianist Lyle Mays, who passed away February 10th in Los Angeles, after a long fight battling a recurrent illness.  The jazz and music world is much poorer now that he is gone.  Shearn’s words are written below:

I am still trying to process the news that one of the greatest pianists, improvisers and keyboard players in ALL of music left us yesterday, February 10th… the incredible Lyle Mays. He was absolutely incomparable, his synth orchestrations and harmonic acuity were absolutely non pareil, both in the context of the Pat Metheny Group and his solo work. He was a man of many interests: programmer, architect and pool pro! Like Jimmy Smith, as a listener, Mays had a HUGE impact on me. Not only is his stone classic self titled masterpiece a virtual manifesto on what can be done with composition and orchestration in an area that keyboardist Jim Alfredson once remarked to me was rarely explored, it was new terrain.  The music on Lyle Mays didn’t sound like anything going on at the time from the significant advancements the music made in the 70’s and 80’s– something with his keyboard textures that influenced music as a whole.  It was not (by then) banal jazz rock, or anything one could name;  it was it’s own universe. His famous flutophone (as he termed it) synth lead, in which he aimed to devise something that would start sharp and gradually move into pitch was magisterial.

Mays was born in Wausaukee, WI on November 27, 1953 and had grown up playing piano, and organ in his early years, his mother was a pianist, and father a guitarist. He had shown signs very early in development of his brilliance having outstanding relative pitch, as well as heavy interests in math and architecture, at one point even being asked to teach his high school’s math class. Having largely grown up on classical music, being influenced by Webern, Berg and others– Bill Evans’ At The Montreux Jazz Festival (Verve, 1968) was a huge turning point for him, as was Keith Jarrett’s Facing You (ECM, 1972). Musically, his big breakthrough commenced in 1975 when he was a student at North Texas State University, and directing the One O Clock Lab Band, composing for, and writing their arrangements, then moving on to tour with Woody Herman. His meeting with Pat Metheny at the Wichita Jazz Festival in 1974, while the guitarist was still a member of Gary Burton’s band, was an association which would last more than thirty years. In Metheny, he had found an ideal partner who thought about music, melody and harmony in much the same way, while having been heavily influenced by contemporary music breakthroughs such as those from the Beatles, Joni Mitchell, and contemporary soul and R&B.

Though initially approached by Manfred Eicher in 1982 to record a solo album for ECM after his work for the label with Metheny and Eberhard Weber, Mays recorded his first album, self titled, originally released on Geffen in 1986.  He lined up a powerhouse ensemble: saxophonist Billy Drewes, Bill Frisell on guitar, Marc Johnson on bass, Nana Vasconcelos on percussion and Alex Acuna on drums. This was a strong band, it was not  just a collection of big name NY and LA session aces that graced the  sophomore Street Dreams.  Each musician in Lyle’s group had built some sort of previous playing relationship with each other, and the compositions soared.  It was also the second recording after  Metheny’s Song X with Ornette Coleman that was under the auspices of the guitarist’s newly formed Metheny Group Productions banner.  Geffen offered Metheny a deal that was unheard of for jazz artists in that era.  He was given unprecedented artistic and creative control which meant that not only did he not have to consider commercial concerns,  he would own his own masters, and the label would distribute him and associated acts without regard to narrowed genre boxes, thus widening the audience. Metheny’s production company maintains the same practice to the present day under Nonesuch. The keyboardist’s self titled, the  first of 5 as a leader, was a stunning unified vision. While there were some similarities with synth textures as found in Pat Metheny Group albums, Mays’ compositions shared more of a kinship with his classical upbringing, and he utilized intriguing colors such as the Uellean pipes to flavor the Gaelic twinge of “Highland Aire”, and the stark, cinematic “Teiko” utilizes the bass riff from Weather Report’s “Black Market” in a unique, fresh way.  The increased production budget and time to record allowed for the studio to be used as an instrument in a way Metheny and Mays’ previous ECM recordings hinted at but could not fully accomplish.  ECM’s one day to record, two days to mix ethos was one that made Metheny consider other options, as uniformly excellent his ECM output had been.

The follow up, Street Dreams in 1988, was a vast departure.  The lead off “Feet First” showed Mays’ love of Steely Dan’s music, even employing Steve Gadd on the track on drums.  The rest of the album was a striking mix of through composed pieces, and tone poems, both in small groups and orchestral settings. The film like four part “Street Dreams” suite was the album center: an enthralling, at times surreal piece, enhanced by percolating Brazilian rhythms, and 12 tone modern classical music.  While the album has been viewed as inconsistent by some critics and fans due to an almost dizzying array of stylistic breadth, it contains marvels of compositional wonder.  It holds up just as well as Lyle Mays, just a different shade,  musically.  From there, he released Fictionary in 1993 with a dynamite trio of Marc Johnson and Jack DeJohnette, which in terms of the ridiculous world of jazz purists raised his stock as a “legitimate” jazz player. SOLO: Improvisations For Expanded Piano released in 2000,is an album that is as much a brilliant technological statement as musical.  In addition to the previous unreleased Ludwigsburg Concert in 2015, a double album with his touring group of Bob Sheppard, Marc Johnson and Mark Walker, the keyboardist had written chamber music and scores for children’s books, and participated in a TED Talks event in 2011, one of his final performances.

As a pianist, he was instantly recognizable, and absolutely selfless in his pursuit of contributing to a musical whole, a fresh improviser who again, thought in terms of orchestral potential. His famous solo on “First Circle” for example was a mini composition in itself, a solo of lean logic, and clear structure, it’s goose bump inducing drama perfectly placed. His improvisations were always cliché free and imbued a powerful confidence. He never considered himself a jazz player ironically enough but when called upon, he was a phenomenal swinger– as the solos in “Street Dreams: 2”, the Ludwigsburg Concert album, and “Episode D’Azur” can attest. I’d spend hours with the CD player search function going over certain synth lead sections (such as “As It Is”) and chord voicings because they sounded so great and invoked an intense emotional response in me. The motivic development of “Ascent” is heavenly, the way it builds till everything explodes, as another example.

Mr. Mays was unfairly glossed over in terms of the problematic, linear historical narrative. Very frequently in serious critical discussion outside Pat Metheny fans, the response to him was at times indifferent, wrongly viewed as a Keith Jarrett or Bill Evans clone. Sure, he had those influences, but he had an instantly identifiable voice, and following Herbie Hancock, Chick Corea and Joe Zawinul the next in line of the most significant synthesizer innovators in jazz. He employed an organic sound palette first on Prophet 5, then Oberheim four and eight voice synths, then most famously Korg DW8000 and the Roland JX-10 (later ported to the Korg Triton and I believe Arturia virtual soft synths) that sounded like an orchestra, and less dated than some of the popular digital synths of the time. He is one of the most significant post Corea/Hancock pianists whose influence is heard all over the entire music world, whether people know it or not. All that adds to another mark of his astonishing genius. Let the history books show right now, Lyle Mays as a major innovator. Thank you for everything!

New York Jazz Workshop’s offerings such as the Poetic Language of Jazz Improvisation taught by Marc Mommaas can help illuminate Mays’ brilliance for those who choose to investigate.