Shift: The Logan Richardson Interview, Part I: with CJ Shearn 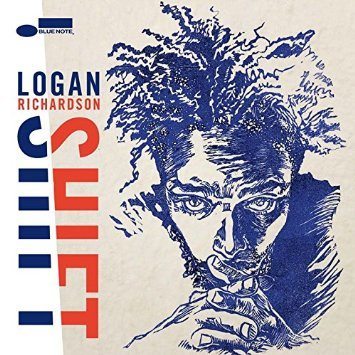 On February 26th, Blue Note records releases Shift the new project from alto saxophonist Logan Richardson. Hailing from Kansas City, Missouri, the saxophonist has been in demand since his 2006 debut Cerebral Flow (Fresh Sound New Talent) performing with the likes of Jason Moran’s Big Band Bandwagon and the NEXT Collective. The album features pianist Moran along with guitarist Pat Metheny, bassist Harish Raghavan and Nasheet Waits on drums.

In Part I of this interview we discuss the path the record took to get released and the roles Metheny and Waits played in his development. Join us next week for the conclusion of this interview. I thank Logan Richardson for taking time out of his busy schedule to do this interview.