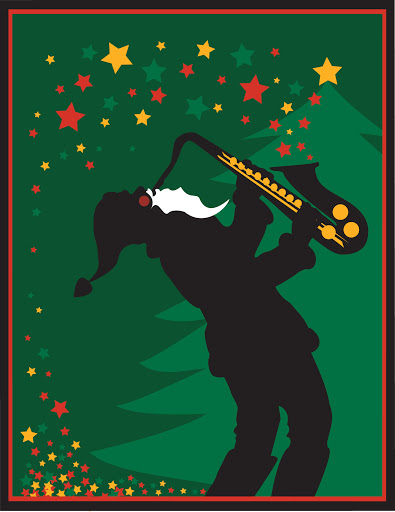 ‘Tis the season, and New York Jazz Workshop is here to offer  super Holiday Jazz selections to have your holidays cool and swinging for 2020!

Arguably the most famous Christmas jazz piece of all time, pianist Vince Guaraldi’s “Christmas Time” is here exposed several generations to creative improvised music and planted the seed for jazz lovers that continues to endure.  In a sense, Guaraldi took the kind of innovations made by Bill Evans and made them accessible for the general public, and like with Dave Brubeck a decade earlier, jazz piano was once more in the forefront.

Miles Davis‘ collaborations with Gil Evans extended into 1962, where two selections were captured featuring the late vocalist Bob Dorough, of Schoolhouse Rock fame.  Not only does this performance capture the first encounter between Miles and Wayne Shorter before the tenor saxophonist joined the Davis quintet in September of 1964 for Miles In Berlin but the absurdist sense of humor critiquing the commercialism of the Christmas holiday that Dorough injects makes this one of the most memorable Christmas tracks put to wax.

The suave, debonnair version of “Have Yourself A Merry Little Christmas” tenor titan Dexter Gordon cut in the midst of his second American comeback period was cut on November 4, 1980 with his quartet featuring Kirk Lightsey on piano, bassist David Eubanks, and drummer Eddie Gladden.  The tenor saxophonist imbues the track with his signature sense of practically singing lyrics through the horn and the deep throated Lestorian tone.  A shorter version was cut and released on a Blue Note Christmas compilation Yule Be Struttin.

Jimmy Smith’s Verve years made the pioneering organist a star and household name.  Occasionally on these recordings he’d scale back into his classic trio configuration, and Organ Grinder Swing recorded on June 14, 1965 at Rudy Van Gelder’s Englewood Cliffs, NJ studio is a stone classic.  “Greensleeves” the classic English folk melody which John Coltrane tackled four years earlier is given a delirious burning treatment by Smith that finds the organist entering Trane and Larry Young territory.  Most of this session was done in one take, but this track required four takes to get right and this is the take.  In September of 1966 Smith would recapture the Christmas spirit and record “Baby It’s Cold Outside” as part of his only studio meetings with Wes Montgomery.