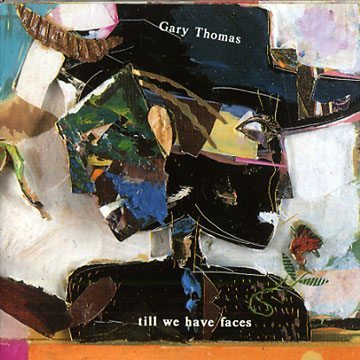 It is in relatively rare company that standards are transformed beyond their classic versions. Miles Davis, Keith Jarrett, Brad Mehldau, Hiromi Uehara, Herbie Hancock, Wayne Shorter and Jean-Michel Pilc, to name a few have all done wonders with reimagining American popular song. Treated too reverentially, standards can become boring, but on saxophonist and flutist Gary Thomas’ classic 1993 album Till We Have Faces that is far from the case. The criminally underrated Thomas is most known for being a part of the M-Base movement headed by alto saxophonist Steve Coleman, who along with Greg Osby and Kenny Garrett have been some of the most widely imitated and emulated saxophonists in the past thirty years. Between 1987 and 1988 Thomas (incidentally also with Osby) were a part of drummer Jack DeJohnette’s Special Edition, appearing on the albums Audio Visualscapes and Irrestible Forces (MCA/Impulse!).

Till We Have Faces was Thomas’ second recording of standards following 1990’s While The Gate Is Open and with so many so called “young lions” recording standards on their albums around the same time it might seem cliche but Thomas and company truly reinvent well trodden tunes in a thrilling way. The usually melancholic classic Depaul-Raye melody is given a facelift in the song form with an odd meter, what is truly amazing here after a wonderful Thomas solo, is the absolute fiery interplay between Carrington, in one of her best recorded outings behind Metheny’s supercharged guitar synth solo. Metheny came to the session expecting to play the kind of material the saxophonist presented on 1991’s The Kold Kage and brought just his Roland GR300 guitar synthesizer and steel string to the date having no idea it was just standards. Metheny used whatever equipment was on hand in the studio, and as a result, there is an edge to his tone unlike anything in his recorded output before or since. Between 5:00 and 5:30 into the tune, the guitarist takes one of his most inspired flights unfurling volcanic creativity, and from 5:30-5:50 especially, he demonstrates vocabulary in line with post 1965 John Coltrane, Albert Ayler and Pharoah Sanders, with Carrington with him every step of the way.

The performance finishes an album where the disposition of the session is emphatically stated by the opening tenor-drums duet on “Angel Eyes” that it is a truly invigorating look at standards. Not only is the album a perfect introduction to Gary Thomas, but also an essential jazz record of the nineties, with so much to treasure.