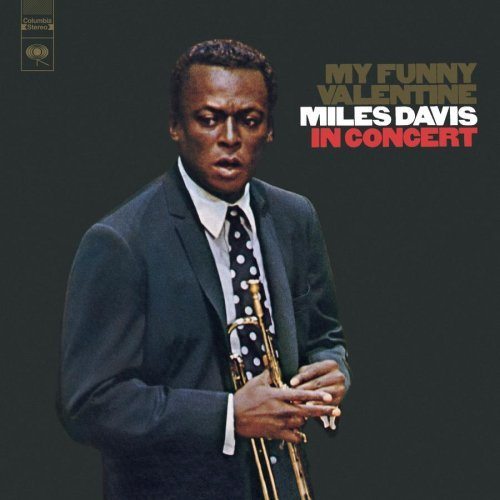 A little appreciation of February 12th, and not just because it’s Abraham Lincoln’s birthday. On that date in 1964, Miles Davis recorded at Avery Fisher Hall in New York, with tenor saxophonist George Coleman, Herbie Hancock on piano, bassist Ron Carter and 17 year old Tony Williams. The performance yielded two classic LP’s dividing up the evening’s program: My Funny Valentine: Miles Davis in Concert and Four and More. The latter disc served as a favorite of such players as Terence Blanchard and Pat Metheny amid countless others in their formative years. The story of the gig is legendary, Miles didn’t inform the rest of the group they weren’t getting paid. As Ron Carter pointed out in his excellent liner notes to the 2005 Columbia/Legacy reissue of the former album, the concert was a charity benefit for the NAACP, everyone was so angry and threatened to close up shop; until Miles reluctantly agreed to pay them.

What transpired in the playing on that evening was truly phenomenal, simultaneous tenderness, and fire, particularly on “My Funny Valentine”. The manner this unit imbues a well worn standard represents Jazz at it’s apex, taking risks in the moment, making something familiar new– using listening in the greatest possible way. Miles was in particularly exceptional form that night. Carter continues in the liners: “It cracks me up to hear criticisms about Miles’ range on the instrument. He always played the trumpet cold because no warm-up space was ever available. That said, the way he ends his solo is phenomenal! George enters and the rhythm section continues to experiment with the rhythm, going between Latin feel, jazz double-time and the original ballad tempo. George might have been surprised, but he played as if he had advanced notice. Herbie brings the mood back to the somber pastel colors of the intro. Miles enters at the bridge (the rhythm section is still foolin’ around with some kind of Latin feel) and the song ends with the same musical attitude it began”.

The very quality Carter mentions is what makes this particular rendition tremendous: the ability to come back to the form of the tune after it has been stretched in so many different ways. The double-time swing section lead off by Carter’s triplet figure at 2:50 in Miles’ solo, finds the rhythm section affectionately winking back to the rock solid groove of the Wynton Kelly, Paul Chambers, Jimmy Cobb rhythm section of three years earlier, using the grammar of the past to inform the new ways they approached the music. Of the myriad of musical treasures in this performance, the duet portion with Hancock and Carter, has always stood out to these ears. In particular, when Carter moves from the ballad feel to walking behind Hancock, Herbie inserts a quote from “Cantaloupe Island”, which is so resourceful and creative, bringing the listener back home, to remember where they were. The audience knows they were hearing something special that evening, and erupts in recognition at the phrase Hancock played. As Miles often said, “let the music speak for itself”, just relax, enjoy and marvel at what makes this one of the greatest performances in Miles’ catalog. History was made this night, and it will never be forgotten.