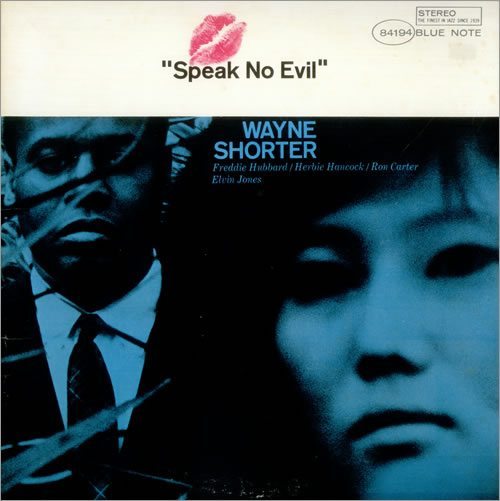 Read Part V here. The time period of 1945-1965 contains four distinct stylistic shifts– bebop, cool jazz, hard bop and the free jazz styles that include literally hundreds of noteworthy performances. Choosing prime examples from what has been recorded is always a difficult task, but here are three as we continue in our series of essential recordings in jazz. Timings in the recordings are provided as a guideline for musically interesting passages.

Cecil Taylor’s first entry to this blog series with Thelonious Monk’s “Bemsha Swing” was radical in 1956 going against the accepted jazz mainstream. This performance from the important early album Nefertiti, the Beautiful One Has Come Taylor’s signature of using the piano as more of a drum, becomes more apparent. Although the opening chords in fourths, vaguely suggest Ellington, the pianist’s tone clusters, and other dissonances suggest more in common with 20th century classical, than the vocabularies being built at the time by John Coltrane, Ornette Coleman, Eric Dolphy and others. Jimmy Lyons’ alto saxophone, still contains hints of more conventional boppish language as well, but Sunny Murray, one of the leading exponents of avant garde jazz drumming at the time, is playing in complete response to Lyons and Taylor, in a rubato manner. At 10:15, in response to Taylor’s relatively conventional musings, Murray does play time, but only briefly as he shifts back into intuitive interaction with the pianist.

The title track to Wayne’s seminal 1964 album is a testament to his creativity in unusual structures. The main form of the piece consists of in the first A section, an 8+6+8+6 scheme for a total of 28 bars, while the bridge is a standard eight, and the final A is an 8+6 construction of fourteen bars. Retired New York state music educator Jerome E. Bachman explained the 6 bar part of the A section can initially throw the player or listener off because it seems as if it should be the “B” section. Wayne’s genius shines through in this composition completely, his solo with it’s earthy, behind the beat phrasing references Lester Young at points and is consistently inventive. Herbie Hancock’s chord voicings are provocative and sound just right, with the pianist’s solo slyly winking at Wynton Kelly at 5:47 in the form of the ex Davis pianist’s slurred triplet, and Hancock’s trademark rhythmic repetition occurs at 6:23, as well as one of his favorite broken triad devices at 6:42. Shorter spoke of his inspiration for the dark mood pervading much of the music in the set “thinking of misty landscapes with wild flowers and strange, dimly-seen shapes — the kind of place where folklore and legends are born. And then I was thinking of things like witch burnings too.” His childlike wonder and singular imagination are present through the rest of the tunes, and he never considers his compositions finished. The longstanding quartet he has had for the past decade plus has deconstructed in magnificent ways some of the material from his classic Blue Note era, and he continues further explorations once again recording for the company that preserved on record some of his most enduring early music.

Prior to the recording of 1965’s Maiden Voyage, Herbie Hancock’s Blue Note albums, beginning with 1962’s Takin’ Off had balanced funky, accessible compositions like the smash hit “Watermelon Man” with more cerebral fare. Like its predecessor 1964’s Empyrean Isles Maiden Voyage had, explored thematic suite like material that is as much visceral as it is musically stimulating. The title track contains two chords throughout the length of each section which slowly move every four bars contained within in its AABA form. Hancock had intended to capture the feeling of a oceangoing ship on its first voyage, and the piece had gained exposure through a television commercial. Tony Williams approaches the composition with a rhythmic feeling between an eighth and Latin feel that expands and contracts during the solos, for example when Herbie begins his solo, the feel changes more explicitly to an even eighth feel. Instinctually responding to Freddie Hubbard’s swirling figure at 3:55, the art of keen listening is on display as the drummer responds with a bed of warm cymbal splashes coming from his famous K. Zildjian cymbal ride, previously owned by Max Roach. One of the most enduring compositions in the jazz pantheon, the music simply speaks for itself, with every tune from the record virtually becoming a jazz standard. Compare and contrast the version of “Little One” recorded in January of 1965 with the Miles Davis Quintet, with virtually the same group, with Wayne Shorter, as a permanent member of the group, as George Coleman, was a member of that group during a transitional period from 1963-1964.