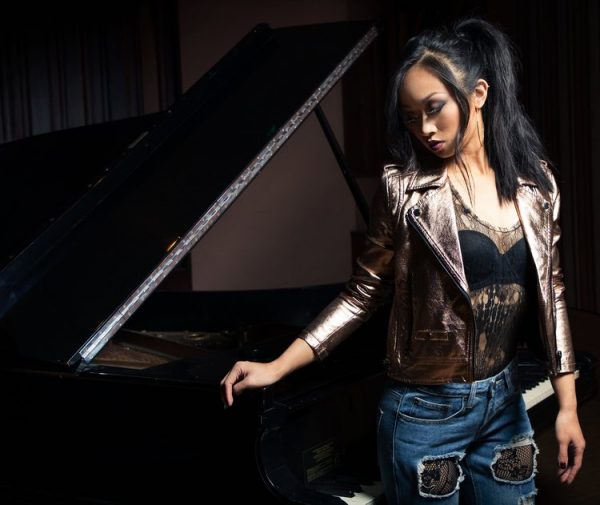 Welcome to the latest edition of the New York Jazz Workshop Podcast, I’m CJ Shearn. Over the years on this podcast I’ve been fortunate to interview some of the up and coming talents on the jazz scene such as vocalist Thana Alexa, and alto saxophonist Logan Richardson. This trend continues in this episode where I feature a conversation with the phenomenal Los Angeles born and bred 22 year old pianist Connie Han, who released her critically acclaimed Mack Avenue debut Crime Zone back in October. The album extends a narrative created by the young lions movement of the mid 1980’s and early to mid 1990’s. The young lions were a cadre of players including Wynton and Branford Marsalis, Mulgrew Miller, James Williams, Terence Blanchard, Donald Harrison, Wallace Roney, Kenny Garrett, Kenny Kirkland, Ralph Peterson, Steve Coleman, Geri Allen, and Jeff “Tain” Watts that gleaned inspiration from the music of both mid 60’s Miles Davis and John Coltrane combined with influences from jazz rock and jazz funk of the seventies. The result was muscular, gritty, music that could have only have happened in that period of time. The music on records such as Black Codes (From The Underground) (Columbia, 1985) and Live At Blues Alley (Columbia, 1988) by Wynton Marsalis, Scenes From The City (Columbia, 1983) and Bloomington (Columbia, 1993) by Branford Marsalis and Triology (Warner Brothers, 1995) by Kenny Garrett influenced several generations of players including Joshua Redman, the late Roy Hargrove, Christian McBride, among many others.

Ms. Han brings forth a powerful mix of catchy originals, standards and classic jazz tunes with the support of her working trio featuring Edwin Livingston: bass; Crime Zone co writer, co producer and musical director, Bill Wysaske on drums, and on selected tracks tenor saxophonist Walter Smith, III and trumpeter Brian Swartz. Among the topics in this interview include synthesizing Han’s influences of McCoy Tyner, Kenny Kirkland, and Mulgrew Miller, the pieces on the record, the importance of understanding jazz history, and her feelings on the straight ahead jazz idiom. My thanks to Connie Han for taking time out of a busy schedule for this interview and collaborating with me and producing it, and also Gabrielle Howarth at DLMedia.