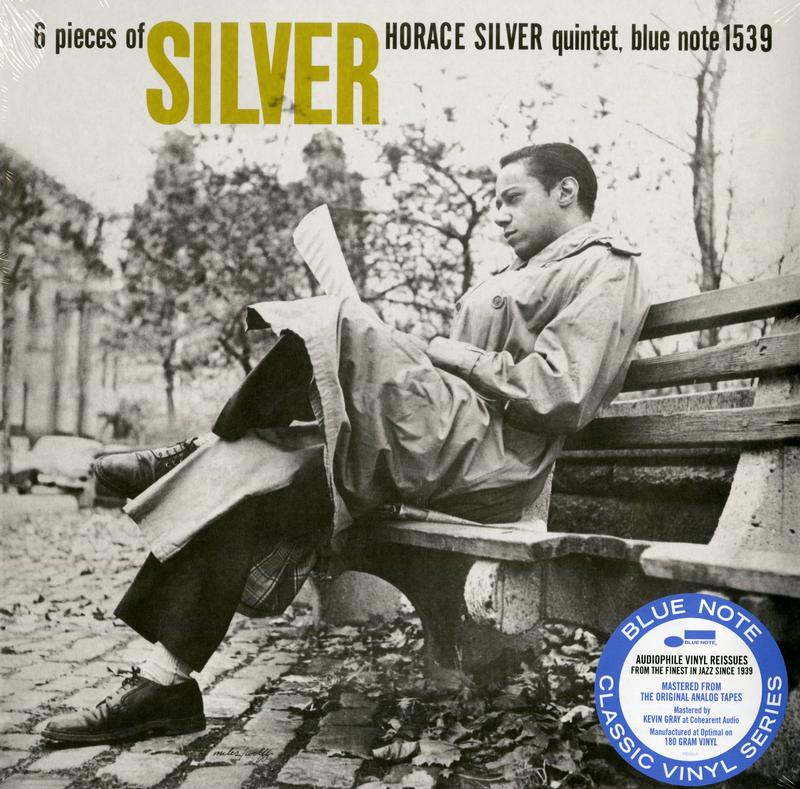 As a musician who is playing an instrument, are you trying to demystify the building blocks of jazz? The New York Jazz Workshop can help not only with outstanding faculty, but blog articles such as this one which explain in simple clear language the building blocks of jazz. They will not only enhance the appreciation but give a better understanding of the history and the result will contribute to superlative musicianship. Horace Silver’s “Senor Blues” from his classic 1956 Blue Note album Six Pieces of Silver is a great example of the blues form and how to listen to jazz. Horace Silver, one of the greatest jazz composers in it’s rich 100 year history is notable because rather than stick to the traditional 32 bar A-A-B-A form prevalent during the bebop era, he spiced things up by featuring irregular numbers of bars in such compositions, like “The Outlaw”, and last but not least interludes between solos. Like what his colleague and former bandmate Art Blakey was doing in the Jazz Messengers, the approach Silver had to a small group was like writing for a big band, and under accessible melodies he hid some slick stuff underneath the hood. In many ways, “Senor Blues” is a perfect example of this, and the emergent hard bop sound that at the time was becoming the dominant strain in jazz.

Silver was born in Norwalk, Connecticut in 1928, and had a background that included ancestry from the Cape Verdean Islands, and that cluster of Portuguese Islands and musical style had a huge influence on him. “Senor Blues” has a typical 12 bar blues form, and the track starts out with one of his favorite devices and one of the most common in the music today, doubling the bassline with his left hand on the piano in conjunction with bass. The winding ostinato provides a hypnotic backdrop for the bluesy melody. The piano-bass ostinato is a Cuban habanera rhythm, and Louis Hayes’ drums provide an eighth note 6/8 Latin rhythmic feel, with mallets on toms and snare. All this sets a really alluring, sexy vibe as the horns state a funky, minor key melody in the key of E-flat minor.

The track is great for hearing the blues form because it’s so simple. Both Donald Byrd and Hank Mobley on trumpet and tenor respectively take two chorus solos, but there is a catch… rather than going to a piano solo right off, the band plays an interlude for a nice change of pace and flavor, with the ostinato just chugging underneath providing forward momentum. Horace’s four chorus solo begins with a greasy, nasty lick something like a guitar would play and the way he masterfully uses grace notes to smear into it is just so bluesy and funky. He mines some phrases that have a connection to the melody, and for his second chorus he investigates some use of repetition for tension which is also a device that Jimmy Smith, the great organist, whose style was an amalgam of Charlie Parker, Bud Powell, Silver also utilized often. In fact, when hearing many Smith and Silver solos back to back, one can hear the similarity. There is a swung quality to the notes here but the pianist is playing them quite straight, and returns to a variation of the phrase used to open the solo, reminding the listener where they are. There is a tremendous use of space in Silver’s solo, that like Miles Davis at his best on a track like “Freddie Freeloader”, lets everything breathe to allow the listener to process what they just heard. The third chorus begins with a few more references to the original solo motif, and there are several ideas with a confident swagger, that Silver often liked to employ throughout solos in his career. The fourth and final chorus has a daring, mysterious phrase to start, but nothing too crazy taking the listener out of the mood of the piece, and is a nice way to bring everything back together.

Interestingly, as was producer Alfred Lion’s custom at Blue Note he often recorded a separate take for a 45 single if the song became a hit. Silver’s solo on the master, has an even more distilled concentration of the ideas in the original solo, almost like a through composed piece in itself. There was also a third vocal take recorded in 1958 with the vocalist Bill Henderson featuring Silver’s lyrics. This rendition has a much slower, more despondent atmosphere, and Henderson mannered phrasing adds to it. It’s also an indication of how the tune grew from night to night on the band stand, and Silver’s solo, following the interlude and horn solos prior has a much darker, minor complexion. Live, as film shows from an incredible version in 1964, Silver uses variations of phrases from the initial studio recording. Because many of the pieces that were introduced in the hard bop era were crowd pleasing tunes, the soloists would often refer to the solos on the recording, or in some cases because the tune was so popular and iconic, the soloists would learn their original solos and play them verbatim.

“Senor Blues” is a timeless example of how the blues in a jazz context is navigated. The listener always has a clear view of the structure of the piece, and the horn and piano solos are easily singable as well proving it’s durability as an iconic standard. It’s worth noting that besides staples like the albums Blowin The Blues Away, and Song For My Father he made albums than enhanced his singular concept in the 70’s like the United States of Mind trilogy, as well as the 5 album Silver ‘n series, Silver’s final recordings before the label closed up shop in 1980 as an active label for 5 years, and he started his own label, Silveto. All the music for the curious, that he made for the rest of his career is worth checking out.

Today’s musicians require a diverse skill set for multiple genres. The New York Jazz Workshop offers many classes, intensives, private lessons in several boroughs: Manhattan and Brooklyn, as well as Europe. Great musicianship knows no borders or genre. The school is conveniently located at 265 W. 37 St between 8th Avenue, and with it’s proximity from Penn Station, and subway stops nearby, it easily makes the New York Jazz Workshop an ideal choice for those looking to become better musicians with the tools the art of jazz provides.