How Should One Listen To Jazz? The Rhythm Section 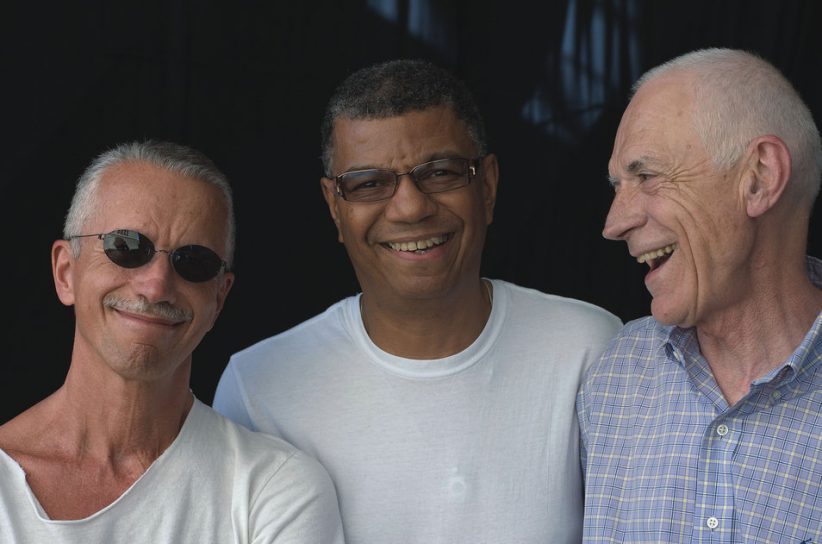 How should one approach listening to jazz?  Listening to the genre itself is a fine art, and can seem like a huge wall to climb.  Listening to jazz (as well as classical music) on paper seems like a rough task because it requires active listening.  Plenty of people listen to it as background music, but learning to listen critically can yield a lifetime of pleasure and can allow a person to really begin to break down what goes on in the music.  The backbone of the music is the rhythm section.

The rhythm section is the most basic unit of jazz timekeeping.  The modern rhythm section consists of piano, bass and drums, with the addition of electric piano or synthesizers and guitars in many cases.  In the pre bop days going back to New Orleans, the role of the bass was that of a tuba, and because recording technology was not as sophisticated in the early 1920’s the drummer was restricted to playing woodblocks with occasional interjections of cymbals.  The drums quite obviously keep time, while the bass and keyboard instruments are there to mark sign posts in the harmony. In New Orleans style, the bass often would keep a two beat feel, while in swing, the bass would keep a walking rhythm– the template many know today.  It really was not until Jimmy Blanton in Duke Ellington’s band that the role of the bass was freed up beyond rhythm; Blanton would not only keep time but throw in some adlibs or play melody. In the swing era, the rhythm section’s sole purpose was to keep time, the drummers, like Gene Krupa, Chick Webb, Buddy Rich and Louis Bellson would very frequently feather the bass drum, four beats to the bar and keep a conventional spang-a-lang rhythm on the hi hat or later ride cymbal.  In classic big band arrangements as Benny Goodman’s “Sing Sing Sing” very rarely does the rhythm section deviate from the basic time keeping role, the function of swing was a dance music, and the four on the floor feeling of the music did it’s intended purpose– keep people dancing.

Once the bebop era arrived, things became a lot looser.  Though pianists such as Count Basie had developed a highly syncopated way of approaching chord changes (“comping”) through the innovations of Bud Powell, and Thelonious Monk, comping became the preferred method of approaching the labyrinth of chord changes as the beds for soloists.  It was here, particularly at brisk tempos that the bass would keep a steady rhythm, but the biggest changes came with the drums.  Kenny Clarke, brought the classic swinging high hat pattern of the previous era to the ride cymbal, and brought the time keeping to 2 and 4 on the high hat.  This emphasis up top allowed drummers like himself and Max Roach to create intricate improvised dialogues with soloists between the snare and bass drums, with the bass drums dropping bombs as unexpected accents.

Past the bop era, drummers such as Roy Haynes, Elvin Jones, Tony Williams and Jack DeJohnette, not to mention countless avant garde drummers would significantly relax timekeeping roles. For example, rather than the high hat always keeping time on 2 and 4,Haynes and Williams would insert the high hat  on the “and” or “a” of the upbeat in a 4/4 bar, or in the case of DeJohnette, the high hat may not be used in a typical way at all, instead freely being splashed or “chicked” for a color in unexpected places.  Drummers would take these innovations into the 70’s and apply them in jazz-rock and jazz-funk.  In the present, drummers are greatly influenced by hip hop and emulate acoustically, the type of drum programming innovations made by producers like the late J. Dilla.

How to listen to the rhythm section

The most important tips for listening to a rhythm section: listen to the bass.  Bassists like Ron Carter and Paul Chambers are excellent because of their harmonic clarity, you always know where the 1 is.  Even when Carter would get more abstract with harmony in the Miles Davis Quintet, there would always be guideposts to the changes.  Listening to the bass in tandem with piano comping is also a surefire way to be able to hear the form, and keep track of form.  Also, the drummers clearly mark the top of the form, take for example.  Listening to organ groups is a great way to tune into rhythm section intricacies because they are all about the groove, and in the case of Jimmy McGriff, Jack McDuff and Charles Earland, all have arrangements that are as tight as a big band, or Art Blakey’s Jazz Messengers.

The New York Jazz Workshop is now offering online classes during the quarantine time, and every week presents live concerts with faculty from 5:30-6:30 PM.  Sessions with Marc Momaas, Mark Sherman and others can illuminate the concepts discussed here