A Link To The Masters: Wallace Roney In Conversation with CJ Shearn 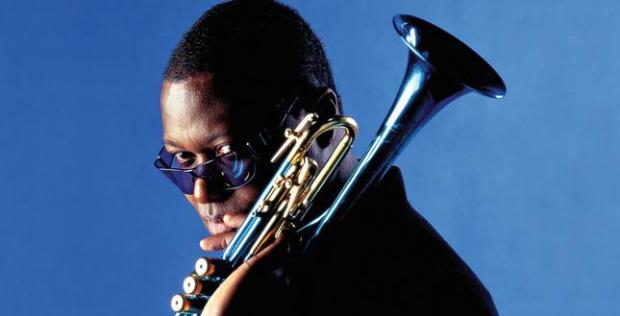 Wallace Roney is a non pareil trumpeter par excellence. Since his debut on records in 1975, and being a part of the New York scene since the 70’s, the trumpeter received invaluable tutelage in the bands of Art Blakey, Tony Williams, and Elvin Jones, among many others. He has recorded for Muse, Warner Brothers and High Note, as well as touring and recording with Herbie Hancock and the VSOP Quintet. He has also presented a stimulating big band of Wayne Shorter compositions, written and originally intended for the Second Great Miles Davis Quintet of 1965-1968. Mr. Roney learned from the great masters of the trumpet, such as Dizzy Gillespie, Clark Terry and from 1983-1991 mentored by his idol, the legendary Miles Davis. Roney participated side by side, sharing solos and parts with Davis during the now classic July 8, 1991 Montreux Jazz Festival concert with Davis doing something rare in his innovative career: revisiting classic Gil Evans arrangements, conducted by Quincy Jones. Roney’s respect and admiration for the masters run deep, and in his own quintets, carries on by extending the legacies. Among the lessons Mr. Roney learned were, articulation from Clark Terry, and really, lessons how to play the ultimate horn with Davis. We discuss Roney’s time in the Tony Williams quintet which recorded from 1985-1991, Miles Davis, Dizzy Gillespie and the jazz scene of the 1980’s. At Mr. Roney’s request, I would like to clarify a point I misstated in the interview. He had come to New York and he was the big young trumpeter with Wynton Marsalis. As is well known, Mr. Marsalis got major media attention through a massive campaign with Columbia records. As with sports, competing players sometimes get into bitter rivalries, and words fly.

In the jazz scene of the 1980’s, rivals were made, enemies created, with factions existing on either side. Roney and Marsalis, became enemies. Marsalis was soon to begin his massive tenure with Jazz at Lincoln Center so among the major trumpet players of the era, there was competition seen between Roney, Marsalis and Terence Blanchard. The young musicians saw Marsalis’ fame and wanted to hopefully reach that level. Unfortunately Marsalis (who has stated on numerous occasion he regrets certain remarks he made as a young player) said some pretty disparaging remarks to those he did not agree, like Roney, and media fracases were created. This is only breaking the surface and in a future interview this summer where we discuss Roney’s experience with trumpet masters, it would be best to hear it in his words so nothing is lost in translation. Wallace Roney is a wonderful, warm human being and talking with him for this podcast was a history lesson for me and I promise our second interview will be just as rich. I thank him enormously with the utmost respect for his time, and his quintet will be appearing at the Jazz Forum, in Tarrytown, NY from May 24-25, two shows nightly for more information contact www.jazzforumarts.org His latest release on High Note is A Place In Time with Gary Bartz, Ben Solomon, Patrice Rushen, Buster Williams and Lenny White.  To get a context of the stylistic traits of Roney and other trumpeters from the 1980’s, there is bebop to hard bop taught by Mark Sherman and Modern Jazz Ensemble at New York Jazz Workshop taught by Sebastian Noelle