Is acid jazz a valid style of jazz? 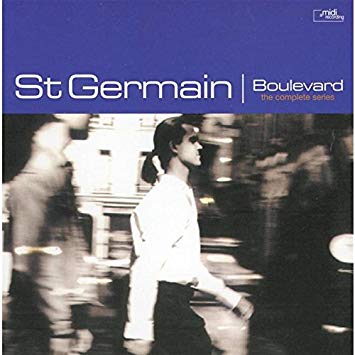 Is acid jazz a valid style of jazz?  In the late 1980’s and early to mid 1990’s in the UK, a style of jazz derived music popped up courtesy of DJ Gilles Peterson called Acid Jazz.  For some, the term “acid jazz” connotes a style of music layered with heavy beats, and samples from recordings made in the late sixties and early seventies, though really it is much, much more than that.  The genre is part of the continuum of jazz, despite the outcry of detractors at the height of the movement, a microcosm of what makes jazz a social music.  As a previous New York Jazz Workshop blog post noted Is Jazz Dance able?  Acid jazz follows the trajectory of the music’s history as a dance music, as well as being a gateway to introduce new listeners to the uniquely American art form.

The term “acid jazz” originally was a wordplay on the acid house style of dance music coined in 1987 following the establishment of the Acid Jazz record label founded by  Gilles Peterson, and Eddie Piller.  The duo released their first compilation of rare tracks that included jazz, funk and spoken word.  The style is heavily rhythmic, owing to jazz’s African origins, using a combination of live instruments and samples.  When one watches the fine documentary, Blue Note: The Story Of Modern Jazz (1996), there are multiple scenes in London’s club scene showing the meld of live improvisation, live drumming and programmed beats.

One of the most popular groups in the early 90’s was London’s Brand New Heavies.   Formed in 1985, the group typifies the sound with jazzy chords, female vocals drenched in soul, and funk and hip hop based rhythms.  At the apex of the movement French rapper MC Solaar released the track “Un Ange An Danger” on the Impulse! compilation Stolen Moments Red Hot+Cool (1994) with Ron Carter on bass.  Similar to three years earlier with A Tribe Called Quest’s seminal Low End Theory the bassist spices up the track with his trademark walking lines, Paul Chambers informed triplets, and various other signature techniques.  The compilation also included Donald Byrd, and Pharoah Sanders among others, musicians who left strong impressions on the audiences who discovered jazz through hip hop.  Throughout Europe and Japan the recordings of these artists were heard in the sounds  of the clubs.  The group Jamiroquai, known for their 1997 hit “Virtual Insanity” were one of (and continues to be) the biggest acts on the acid jazz scene.  Vocalist Jay Kay’s velvet delivery recalls the swinging quality of some of the best jazz singers, and the harmonies of the tune put one in mind of the types of chords that Herbie Hancock, Chick Corea might use.

In 1993, when the British acid jazz group Us3 released their Blue Note debut Hand On The Torch the floodgates opened to the mainstream.  For the first time, though hip hoppers had been sampling Blue Note recordings, Us3 was the first group to legally do it.  They exposed an entire new generation to the sounds of hard bop through a contemporary lens, an impact felt to the present day. The social impact of all this comes  through the fact that the music is eminently dance able, and goes all the way back to when Africans found freedom of expression in Congo Square, through singing, and drumming.  The Acid jazz culture was directly influenced by this, with a love for the historical and social impact of jazz, blues, R&B and soul.  By the mid 90’s recordings featuring jazz organists, soul jazz guitarists, and pioneering funky drummers such as Idris Muhammad, and Bernard Purdie were made available again on labels like CTI, Prestige and Blue Note.  Blue Note was known for it’s Rare Groove series of reissues and Prestige churned out massive amounts of it’s Legends Of Acid Jazz series.  Around the same time frame, Medeski, Martin and Wood redefined their avant garde musings into a lean, funky juggernaut. Medeski’s Hammond B-3 organ, Rhodes and Wurlitzer on a series of highly influential Gramavision and Blue Note albums. The music of bands like Knower, Robert Glasper, Gogo Penguin, and Mark Giuliana is a testament to the long standing impact of how Acid jazz has influenced the course of jazz in several decades. When bossa nova,  the music of producers Larry and Fonze Mizell and funky organ based records were played on dance floors during the genre’s prime, it was a direct link to jazz’s past when during the swing and (to an extent) the bebop eras, the music was used for dancing.  St Germain, United Future Organization, and the late guitarist Ronny Jordan all released important recordings.  However, around the early ’00’s acid jazz as a movement lost the popularity it once had.

For more on how Acid Jazz connects to the history of modern jazz, the Modern Jazz Ensemble workshop taught by Sebastian Noelle at the New York Jazz Workshop can give a window into how such styles effect jazz in the present.